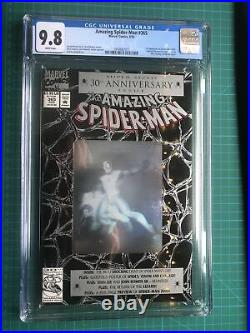 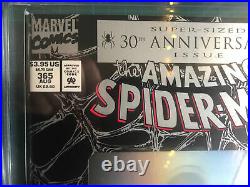 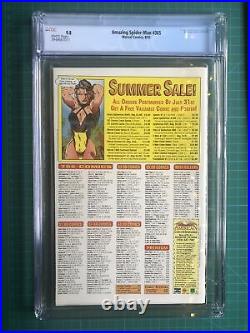 AMAZING SPIDER-MAN #365 CGC 9.8 WHITE Pages Marvel Comics 1st Spider-Man 2099. The Lizard busts up his son's birthday party at which Peter Parker is a guest. After tangling with the Lizard, Spidey is re-introduced to his once dead parents. JJJ documents a skewed version of Spider-Man's Origin.